The New World of Lines and Colors: Digital Art

No Result
View All Result

What is Digital Culture?

Streams of ones and zeroes pervade our life, through our trust funds to supermarket checkout lines to the movies we watch. Digital technology has shaped modern society in countless ways, this extract explores the colorful digital culture that has emerged. 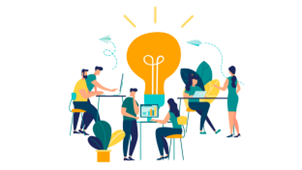 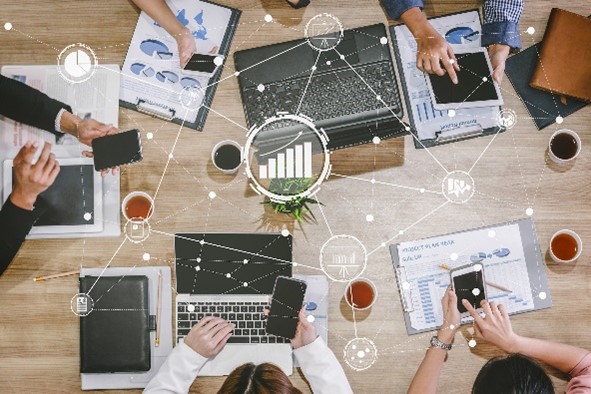 A digital culture is a term which explains ways technological advances are influencing our human interactions. It’s about how we act, think, and communicate in society. A digital culture is the outcome of transformative technological innovation and the continuous persuasive technology that surrounds us. It can be applied to a variety of topics, but it all boils down to one central theme: the human-technology interaction. We now exist in a world that is vastly different from what our forefathers envisaged. Today’s world is a complicated web of knowledge, communication, and transportation technology that impact our lives and change our perspectives. Through all the lens of technology, artists are increasingly attempting to comprehend the present and imagine the future. 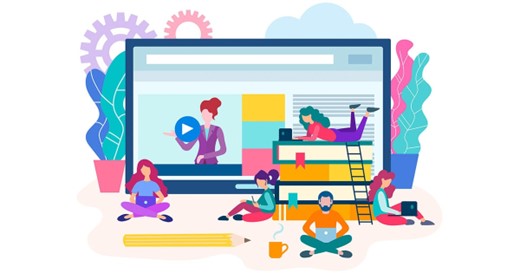 There are various reasons why an organization’s digital culture should be important in order to promote digital transformation. Why does it have such an impact on corporate culture as well as business models?

Allowing employees to make their own judgments is critical, and breaking down hierarchies encourages people to make faster decisions.

Millennials and Generation Z don’t want to work from 9 to 5. They want to be a part of the digital culture which allows them to operate collaboratively and independently. It also boosts employee engagement by allowing people to express themselves and make an impact.

We can see how digital culture has become an increasingly common and somewhat unavoidable instance with aspects of the culture such as digital art, nfts, cultural content on online streaming services and digital video games becoming an almost normal and mundane part of our normal society. Things that would have been considered bizarre or unimportant almost a few decades ago have become ever so increasingly integral in today’s digital world.

A work of art or a technique that incorporates digital technology into the creative or presenting process is known as digital art. The term “computer art” and “multimedia art” are often used to explain the process since the 1960s. Digital art is included in the larger category of new media art.

NFT art is redefining the way creators are paid, as well as how they may work, develop new ideas, and take responsibility and ownership. Non-fungible tokens, or NFTs, allow creators to record their work on a blockchain, resulting in a one-of-a-kind digital asset.

It’s no secret that streaming services like Netflix, Amazon, Disney+, and Hulu profited well during the shutdown. Many, if not all, of these sites become a part of lockdown life for many people. According with New York Times, Netflix attracted 16 million new customers during first half of 2020 alone. Its actual effect on the new internet persona, which would have been and remains to have been in competing directly for audience view-time, had to be considered by cultural institutions around the world.

From 2018 through 2020, however, the quantity of online games released per year stayed relatively flat. The number of digital titles increased to nearly 2,200 in 2021, a 64 percent rise from 2020. You may purchase as well as download digital games from the comfort of your couch using your console or PC. Furthermore, most online downloads may be “pre-loaded” when you’ve pre-ordered them, which means the complete title will be downloaded and prepared to play the moment it’s released.

It is safe to say that we are living in a digital world. One where our decisions, conscious or unconscious are continuously being collected, analyzed and researched on. Coming back briefly to aspects such as online streaming we can see works by popular streaming channels such as Netflix with shows such as The Andy Warhol Diaries (2022). The show tells us how following his assassination in 1968, the deceased artist began recording his life and sentiments in order to reveal the truths that lie beneath his persona. More importantly, it tells us how digital culture in general is not a recent phenomenon and has undoubtedly been in the works since the last few decades after technology became common for the general public.

The show is based on Warhol’s own words, which are said to and transcribed on a daily basis by his companion Pat Hackett between 1976 and 1987, and then released like a 1,200-page tablet of mystery in 1989. Episode one begins with a warning not to trust Warhol’s version of events, which the show avoids in any case thanks to its diverse cast of contributors, which includes Warhol Museum curators, both these artists, and kindred spirits based on culture figures such as Jerry Hall and John Waters, as well as Warhol’s professional confidants and loved ones. A man who set out to be unknowable becomes known, partly through his own actions but mostly through the observations of others.

It is through shows like this that we learn how digital culture, art and a slow transformative society has been an ongoing and thriving topic for the past decades. Perhaps during that era, we could have only imagined a show which could be endlessly streamed on an infamous artist who had been shot dead in the late 60’s. However, now that thought has become a reality.

Guardian News and Media. (2022, March 9). The andy warhol diaries review – a startling biopic told with the artist’s own words. The Guardian. Retrieved May 26, 2022, from https://www.theguardian.com/tv-and-radio/2022/mar/09/the-andy-warhol-diaries-review-a-startling-biopic-told-with-the-artists-own-words

Dosya
No Result
View All Result